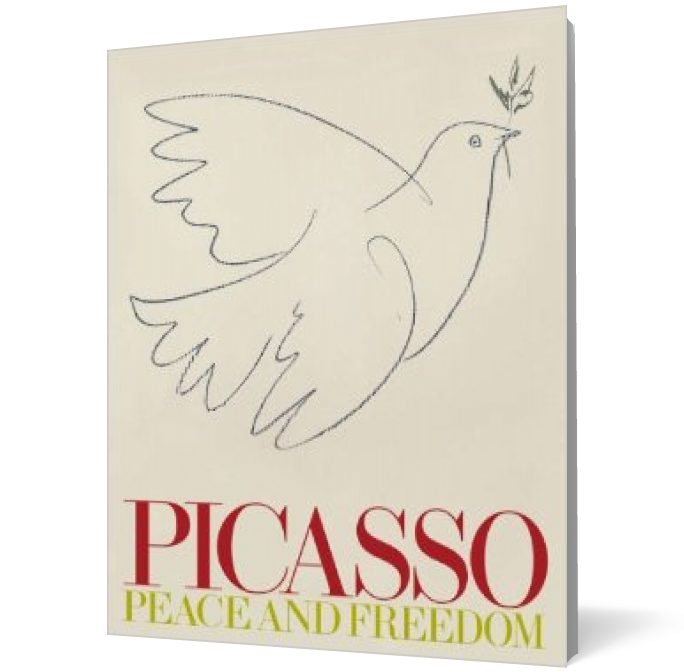 "Picasso: Peace and Freedom" is the first in-depth examination of Picasso as a politically and socially engaged artist, from the 1940s, when he defiantly remained in Paris during the Nazi occupation, throughout the subsequent Cold War period.

Picasso was a member of, and a huge financial donor to, the Communist Party from 1944 until his death in 1973. Rather than treating him as an isolated titan of modern art, this book considers Picasso as a 'History Painter' in the Marxist tradition and will follow the chronology of key works painted between 1944 and his death in 1973: The Charnel House, Massacre in Korea, War and Peace, The Rape of the Sabine Women and a series of still lives featuring animal and human skulls. Each of these works is precisely dated and so can be connected to world events that were unfolding at the time, from events in Franco's Spain to the Cuban missile crisis.

A key image from this period is the Dove of Peace, which became the emblem of the Peace Movement. Picasso designed posters for Peace Congresses in Wroclaw, Paris, Stockholm, Sheffield and Rome, all reproduced in the book. He also made drawings on the occasion of Stalin's birthday in 1949 and his death in 1953, which were controversial statements in support of the Soviet Communist Party. Both the FBI and MI5 held substantial files on him. Picasso's political commitment and its implications for his work can be seen as the last undiscovered territory in the study of the artist and this important book will reinstate a key element in our understanding of one of the greatest figures of the twentieth century. Alongside masterworks related to the themes of war and peace from the 1940s onwards, the book will feature graphics, ceramics and extensive ephemera, as well as cuttings from contemporary letters, archive papers, period publications and newspapers.