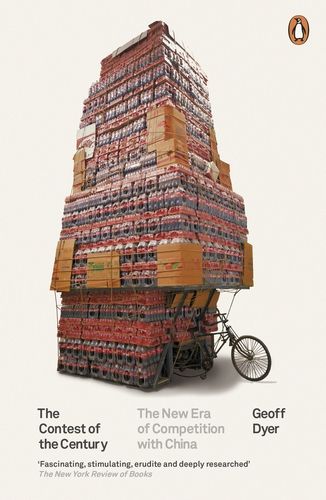 The Contest of the Century

" An intriguing riposte to the received view that the rise of the East signals the decline of the West" (Iain Finlayson, The Times)

By sea and on the airwaves, by dollar and yuan, a contest has begun that will shape the next century. China's rise has now entered a critical new phase, as it begins to translate its considerable economic heft into a bigger role on the world stage, challenging America's recent supremacy. With its new navy, China is trying to ease the US out of Asia and re-assert its traditional leadership in the region. Beijing plans to turn the renminbi into the main international currency, toppling the dominance of the US dollar. And by investing billions to send its media companies overseas, it aims to contest Western values and shift the global debate about democracy and human rights. If globalisation has been the driving force of the past few decades, Geoff Dyer argues that a more traditional great power-style competition between the US and China will dominate this century. Yet he also shows why China may struggle to unseat the West - its ambitious designs are provoking intense anxiety, especially in Asia, while America's global alliances have deep roots. If Washington can adjust to a world in which it is no longer the sole dominant power, it may be able to retain its ability to set the global agenda in the face of China's challenge.